Reading picture books about camping is the perfect way to prepare your kids for a fun new trip outdoors. They're also a great addition to a practice indoor camping evening.

Last summer, Handyman Tim took the Peanut out for her very first trip camping. Since Little Pea was only 4 at the time and he hadn't been camping himself for a very long time, Tim wanted to ease into the experience with just one of the kids at a time.

Worried this would cause some hurt feelings for the one left behind, I decided to make a Very Special Evening for just the two of us. I pitched our favorite tent, laid out our picnic blanket, and stocked up on picture books about camping.

I spoiled Little Pea with special snacks and some one on one time with just mommy.

The evening was a huge success. We had a wonderful time together, she still felt like she had done something special and different, and she got tucked safely into her own bed for a perfect night of sleep for both of us.

The ambiance and the book list are totally what put the activity over the top. I left this scene staged for when the Peanut returned. It quickly turned into a reading nook for them and they loved playing camping together.

The Peanut enjoyed reading the books about camping once she got home and I wanted to share our favorites with you in case you'd like to plan a similar event.

If you're planning on camping in a National Park, you may also want to add a few of these fun National Parks books for kids to your library list, too. 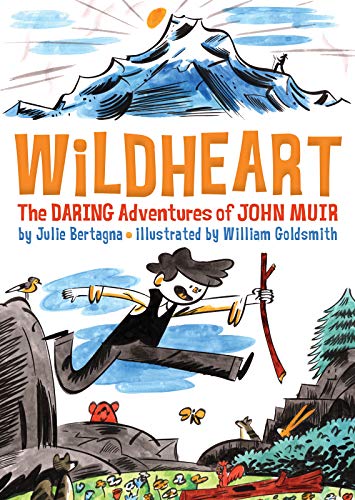 Told for the first time in a graphic novel, this is the exciting life story of John Muir—who sailed to America as a boy and ended up changing the world.

John Muir led an adventurous life, starting with his wild and playful boyhood in Scotland and culminating in his legendary exploits in America, where he became an inventor, an explorer, a bold champion of wilderness—and even made friends with a president!

His heart was always in the outdoors and he aimed to experience all he could. Most importantly, though, John Muir told the world about the wonders of nature. His words made a difference and inspired people in many countries to start protecting planet Earth— and they still do. 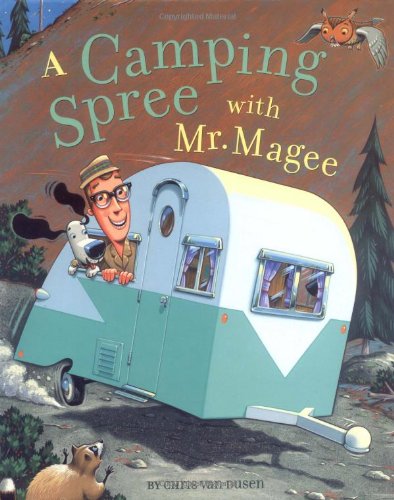 A Camping Spree with Mr. Magee

In A Camping Spree with Mr. Magee, Mr. Magee and his trusty dog, Dee, are enjoying a peaceful camping trip when along comes a lumbering, marshmallow-loving bear and the excitement begins.

The next thing the two campers know, they are plunging down a mountain, racing down a river, and teetering on the edge of a waterfall!

How will Mr. Magee and Dee find their way out of this slippery situation? 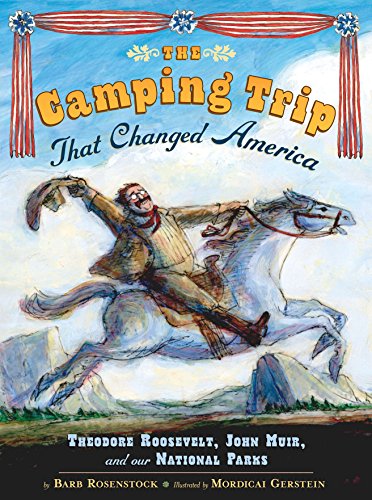 The Camping Trip that Changed America

Caldecott medalist Mordicai Gerstein captures the majestic redwoods of Yosemite in this little-known but important story from our nation's history.

In 1903, President Theodore Roosevelt joined naturalist John Muir on a trip to Yosemite.

Camping by themselves in the uncharted woods, the two men saw sights and held discussions that would ultimately lead to the establishment of our National Parks. 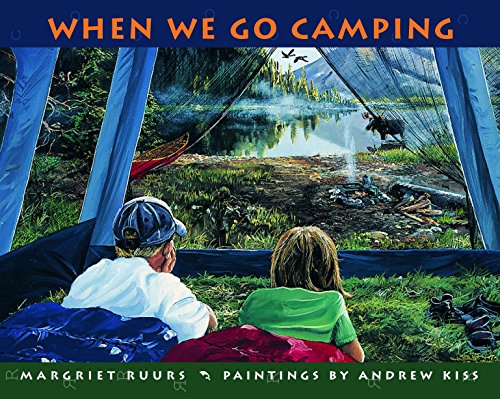 When We Go Camping

In this beautifully illustrated book, one busy family finds lots to do from sun up to sunset.

At the campsite, there’s wood to chop for the fire and fish to catch. And there’s lots of time to explore, climb rocks, splash in the lake, and discover animals in the shadows of the woods.

As afternoon turns to evening, supper needs to be made, and just before bed, stories are told around the campfire. 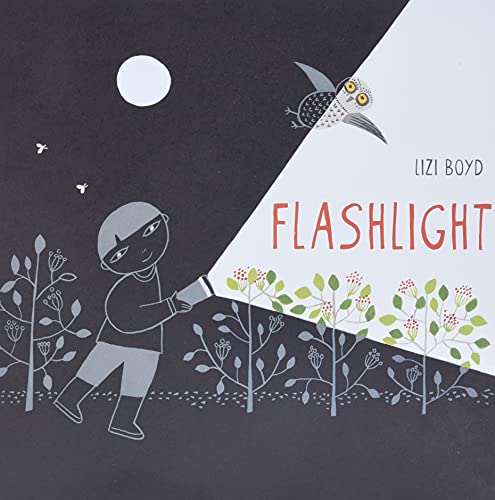 Inside the tent it's cozy, but what is going on outside? Is it dark? Is it scary? Not if you have your trusty flashlight!

A charming story told solely through images: Through neatly drawn illustrations and a spare yet dramatic color palette, artist Lizi Boyd offers an enchanting exploration of night, nature, and art with Flashlight.

Both lyrical and humorous, this visual poem—like the flashlight beam itself—reveals there is magic in the darkness. We just have to look for it. 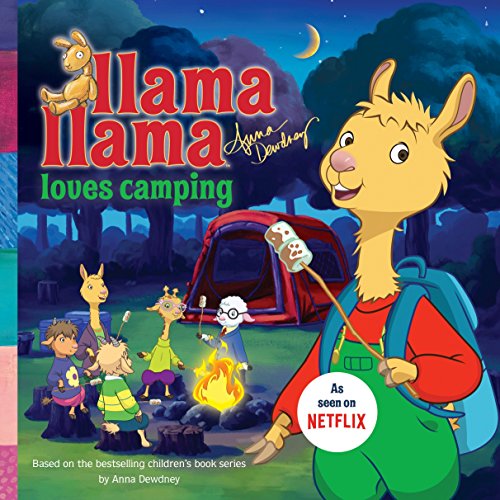 Llama Llama goes camping for the very first time and learns a valuable lesson: what seems scary can actually be super-duper FUN!

Your little llamas will love relating to their favorite picture book character as he faces new and challenging situations. 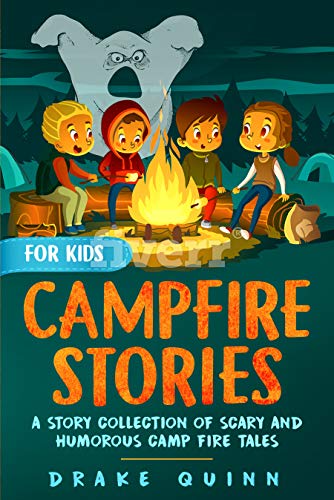 Classic campfire stories are those which have been passed down from generation to generation.

This collection of twenty-one stories includes some urban legends, including the ghost of the bloody finger and the girl in the white dress. You’ll also find some new stories that will make you laugh out loud, or have you sitting on the edge of your seat wondering how it will end.

Every one of these campfire stories and tales are great for:

Laughter and being a little scared together are great way to bond together around the camp fire.

Oliver & Hope's Adventure Under the Stars

Come along for the ride as Oliver the bear and Hope the butterfly join their friends Millie the barn owl and Chewie the English bulldog for their first camping trip.

From fire-breathing dragons and alien spaceship encounters to a circus filled with elephants, giraffes and acrobats spinning in the air, the friends spend the night discovering the beauty of Mother Nature and playing silly games that make the shadows a little less scary and the adventure a whole lot more fun.

Geared toward children ages 3-8, the book's simple narrative and detailed illustrations allow readers to take a front row seat with these friends around the campfire, have some fun and be inspired by their limitless imagination. 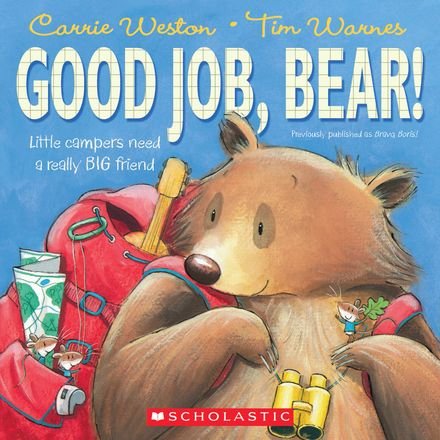 The day that Miss Cluck takes the class camping, everyone is very excited. And Boris is the biggest, bravest, most helpful camper of them all! 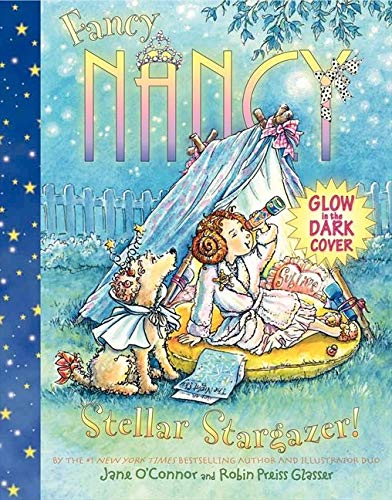 Fancy Nancy thinks that everything in the sky is simply stellar, from the sun and the moon to the stars and their constellations (that's a fancy word for the shapes that stars make!).

So nothing could make her happier than a special sleepover under the stars with her dad and her little sister, JoJo.

Together, Nancy and JoJo wish on stars, moon bathe, and even eat astronaut ice cream!

But when rain clouds cover up the stars, what's a stellar stargazer to do? 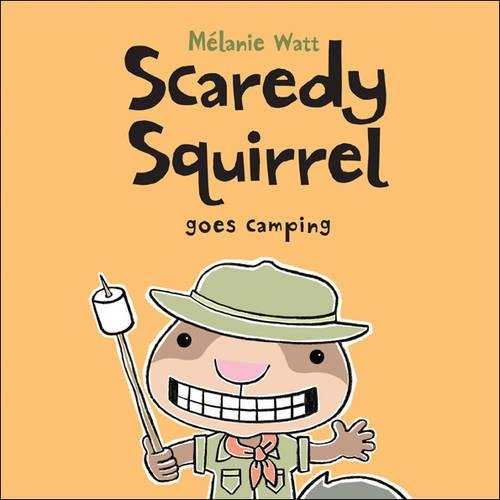 Scaredy Squirrel is not too comfortable with the idea of camping unless it's on his couch!

There will be no mosquitoes, skunks or zippers to worry about when he watches a show about the joys of camping on his brand-new TV. But first Scaredy must find an electrical outlet, and that means going into the woods!

Will the nutty worrywart's plans prepare him for the great outdoors, or will his adventure end up as a scary story told around the campfire? 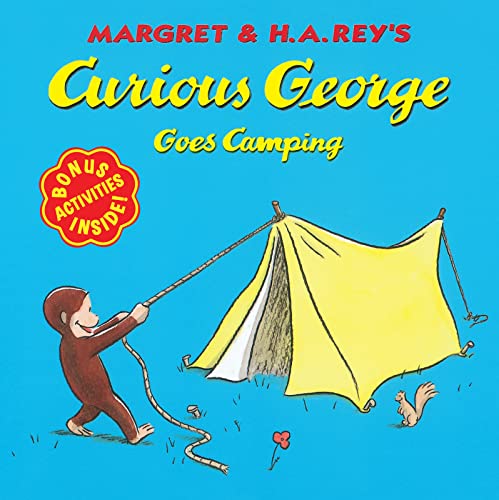 Curious George Goes Camping is an entertaining story of the Great Outdoors based on H. A. and Margret Rey’s popular primate and painted in the original watercolor and charcoal style.

George tries to be helpful, but he of course just ends up upsetting a nearby camper. As he’s hiding in the woods, he meets a forest creature who catapults the mischievous monkey into a chain of even more outrageous events! 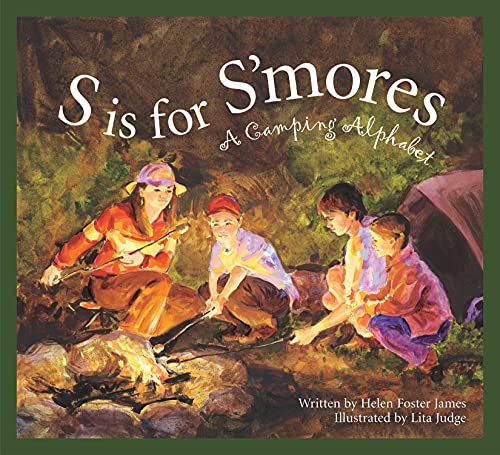 S Is for S'mores

Next to baseball and fireworks on the Fourth of July, nothing else seems as American as the family camping trip.

From what to pack, where to go, and what to do when you get there, S is for S'mores: A Camping Alphabet takes readers on an A-Z trail exploring this outdoor pastime.

Whether your idea of "roughing it" is a blanket in your own backyard or the subarctic ecosystem of Alaska's Denali National Park, S is for S'mores is a fun and informative guide that is sure to help campers of all ages make the most of their wilderness adventures. 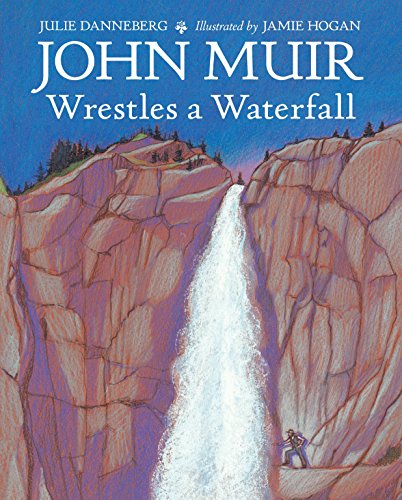 Conservationist and naturalist John Muir steps outside his cabin in California’s Yosemite Valley on a moonlit April night in 1871. Admiring the beauty of the nearby upper Yosemite Falls, he moves closer and closer to the waterfall until he reaches Fern Ledge.

A gust of wind lifts the water away from the rock and John scoots behind the fall, with the rumbling of the powerful water pounding in his chest. Suddenly the wind stops and John finds himself pinned against the mountain.

How will he escape the pounding, thundering hold that the water has on him?